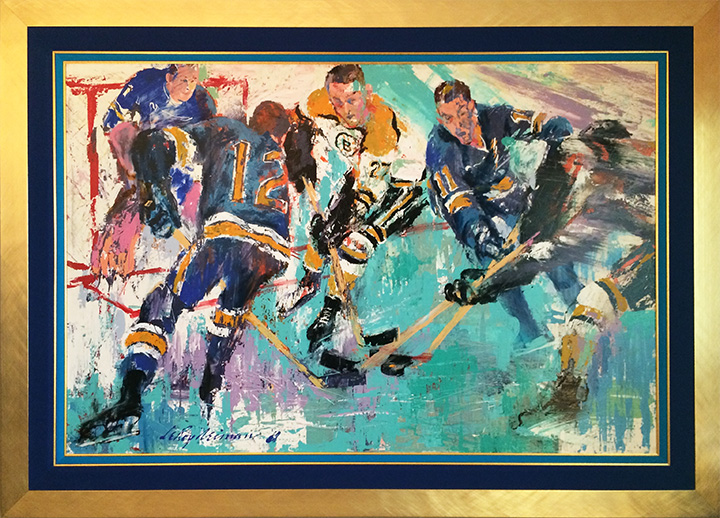 Leroy Neiman - The Blues and The Bruins - Original Enamel and Acrylic on Board - 1968
Robert Wolfson, former owner of the NHL St. Louis Blues hockey team, commissioned Leroy Neiman to paint his team. Leroy Neiman chose to capture the moment during a game between the St. Louis Blues and the Boston Bruins. World famous Bobby Orr #27 from the Bruins in prominently featured in the center of this painting.

Large Hockey paintings are especially rare by Neiman and this action-packed, over-sized original is an exceptional find. Most sports paintings by Leroy Neiman are portraits of just individual players but this painting is a fully-realized work which has five complete figures in play. Full of energy and movement, this is an early work by the artist has great gestural strokes and the signature abstract-expressionist execution that made Neiman a household name. Leroy Neiman was the official artist for five Olympiads, the Super Bowl, the World Series, the Kentucky Derby, championship boxing, PGA and The Masters golf tournament, The Ryder Cup, the World Equestrian Games, Wimbledon and other Grand Slam competitions, as well as night life, entertainment, jazz and the world of casino gambling.

This is an extremely large and rare sports painting by Leroy Neiman. This enamel and acrylic on board is 6 feet by 4 feet unframed. It is in excellent condition and has been in a prominent collection since being owned by Robert Wolfson. This painting combines a unique combination of size, subject, pedigree and history.

Leroy Neiman made notations from the Boston-St. Louis hockey game on the back of the board. He listed the five players from both teams that are featured in this painting, including Bobby Orr.


"Though Neiman has long served as the most recognizable American artist of the post-war era, his recent passing has added rocket fuel to the fire of his market, with four of his works soaring into six-figure territory in recent Heritage auctions. We expect the climb in pricing to continue, and for smart investors to be paying close attention when this classic work hits the block."
- Heritage Auctions (ha.com) 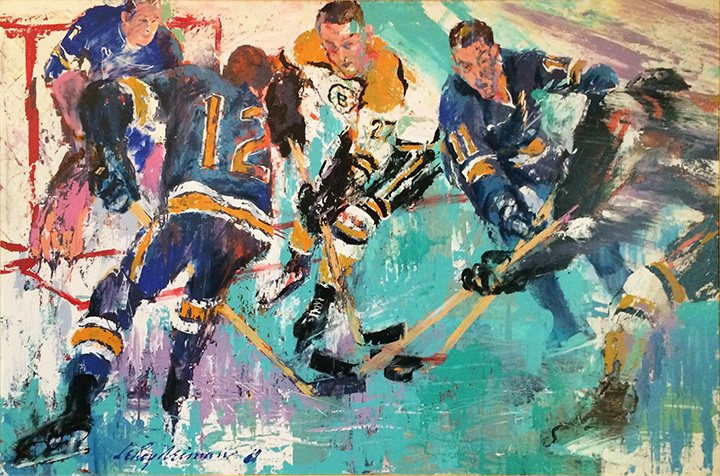 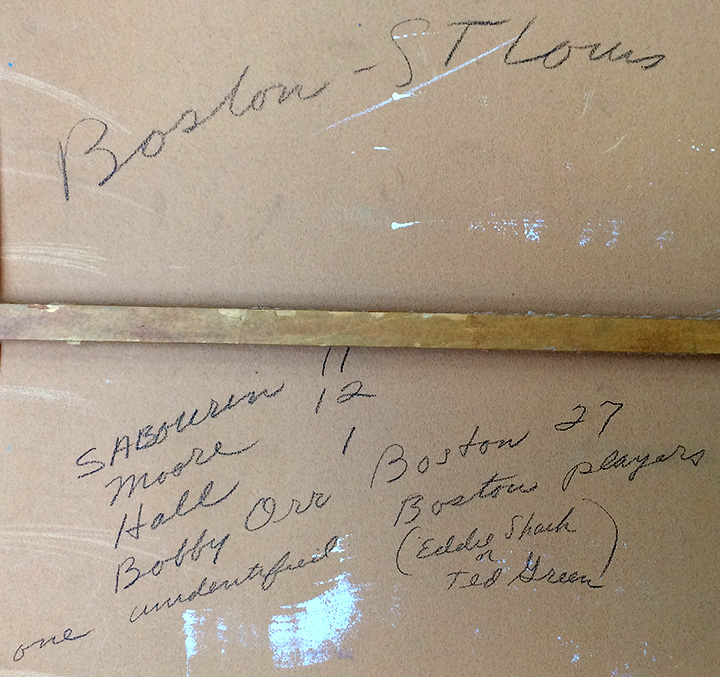